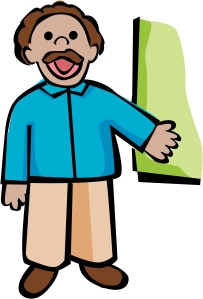 Many people find puppets a big plus in their kidmin programs. Whether you are new to puppets, considering using them in your ministry or having been using them for some time, Andy Partington’s piece can help you as your team grows in excellence.

Puppets are expensive and can put a heavy burden on your already labored ministry budget. But fear not, there is a way to continue to build your puppet ministry with very limited funds. You only have to think in ensemble format.

The ensemble is one of the most effective tools used in modern narrative today. Watch any sitcom and you’ll see ensemble put to use. They even have their own category on all the major entertainment awards.

How does this impact you and the dusty half used puppets in your resource closet?
In the ensemble format you’ll notice some recurring characters. There are four types that have existed from the first dramatic writings all the way to today. Dramatic theorists call them the four humors: Phlegmatic, Melancholic, Choleric, and Sanguine. Using these four types and your best puppeteers, you can put on almost any presentation needed in your ministry.
Here’s a breakdown of the four humors:

Phlegmatic: The everyman. This character can often be used for narration. He’s the well balanced guy in the bunch that either tells the story or helps find a solution to the conflict presented by the other three characters. Kermit the Frog has a great phlegmatic personality and is usually seen as the leader of the muppets. Bob the Tomato can also be seen as a phlegmatic personality, balancing the sanguine of Larry the Cucumber. Which leads us to…

Sanguine: The dreamer. The comic relief. The foil to the straight man. Kids love the Sanguine. In early dramatic theory, the sanguine has an overabundance of passion and that causes him to bubble over with personality. Every situation needs a clown and the audience needs someone to lighten the moral. For this, your sanguine is your go to guy.

Melancholic: The victim. The worrier. This is the character that usually makes their entrance after someone utters a line like, “Hey, did you hear about…?” or, “I can’t believe what happened to…?” There’s going to be a conflict and someone has to bear the brunt of it. That’s going to be your melancholic.

Choleric: The hot head. The villain. In most tales there has to be someone who is a cautionary tale or an example of how not to do things. That’s the Choleric. He can easily be interchanged with the Sanguine. The difference is in intentions. The Sanguine means well and is usually just trying to have fun. The choleric either doesn’t know any better or just plain doesn’t care.
These personality types can take either gender. They can also be anthropomorphized animals or objects. The sky is truly the limit.

Keeping your puppet ensemble true to these character types will help you do more with less. Kids will also start to look for certain puppet characters that they relate to and will totally believe them in multiple roles as long as you stay within the character confines of the four types.

My challenge to you is to look around you and notice the four types. Can you find them in your favorite shows, movies? Maybe even in your friends? Once you begin to identify these characters see how they fit into your puppet presentations and start writing for your ensemble.

Andy Partington is the Minister to Preschoolers and Children at First Baptist Minden, Louisiana. You can find out more about him at http://www.andypartingtonblog.com